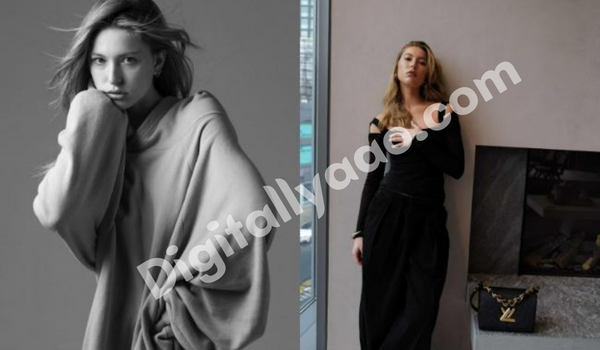 Entertainment : Steve Jobs , It is seen in most of the families associated with the industry that their family members are also associated with the same field. There are very few people who leave their family business and do something different or think of doing something. Today we are going to tell you about one such girl who, despite being a part of a famous business family, has chosen a different path and has made a different identity in front of the world. We are talking about Eve Jobs, the youngest and fourth daughter of the late Steve Jobs, the co-founder of Apple.

Along with being the daughter of Steve Jobs, Eve Jobs is quite famous on social media. Apart from being a social media star, Eve Jobs has also earned a name in the modeling world. Eve has also done modeling for many big brands.

Eve Steves, 24, is a world class equestrian, also, she recently signed a deal with Louis Vuitton which will soon make her the star face of the brand’s digital campaigns. In the year 2019, she was in the top 5 in the list of top 25 people around the world in an equestrian sport.

Eve’s mother, Lauren Powell, is also a well-known American business woman. But despite this, Eve has made a career in modeling by breaking this business chain of her family. Eve graduated from Stanford University and made her first runway debut for Coperny in Paris in 2021.

Eve said, “My parents encouraged me to prioritize school, but I was allowed to travel for equestrian competitions during the summer and spring holidays. Job said that I wanted to know how far I can take it. It is a very difficult sport. Because you only get 2 minutes in the ring and you’re with a beast you can’t completely trust. Job also participated in the Tokyo Olympics to be held in the year 2020. But this Olympic Games got postponed due to Corona epidemic. Jobs said that I was at a turning point, I did everything I wanted to achieve in the game. This gave me a lot of relief.

Describing modeling, Jobs said that I soon learned that modeling is no different from show jumping. In this also you get only 2 minutes. Eve told that I was grateful rather than nervous. I never thought that I would ever do modelling. When I first got the chance I thought ‘why not’

Dussehra 2022: Every time Ravana is mentioned on Vijayadashami. The first image in the mind of the audience comes in the mind of Ramayana's...
Read more
Sports