Home Sports Those Innings of India Against Pakistan, Which Not Forgotten
SportsLatest News

Those Innings of India Against Pakistan, Which Not Forgotten 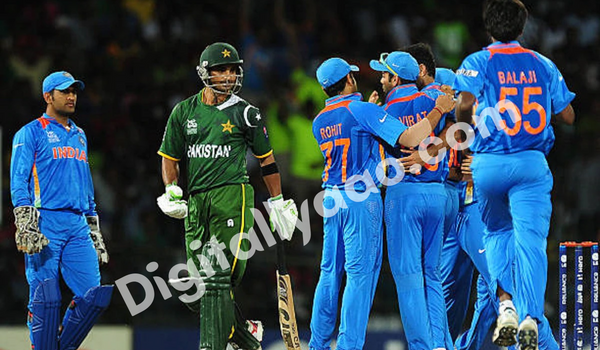 Sports : In the Asia Cup 2022, India is going to start its campaign against arch-rivals Pakistan at the Dubai International Cricket Stadium on August 28. Last year, during the T20 World Cup, Pakistan defeated the Indian team at the same ground in Dubai. In such a situation, now is the best opportunity to settle the account after that.

In this match, the reins of the Indian team will be on the shoulders of Rohit Sharma, while Babar Azam will be seen leading the Pakistani team. If we look at cricket history, there have been many memorable performances with the ball and bat during the India-Pakistan match. Let’s look at five memorable innings played by Indian batsmen against Pakistan in limited overs cricket.

Sourav Ganguly (141 runs): The former captain of Team India played a memorable innings and gave India the only victory in the Carlton and United tri-series held in the year 2000. In the match held at Adelaide Oval, Sachin Tendulkar (41) and Sourav Ganguly gave India a great start and added 88 runs in 15 overs. After the dismissal of Sachin, the rest of the batsmen could not do anything special, but Ganguly played an innings of 141 runs, taking the lead alone. Thanks to his innings, India was successful in making a score of 267 against its neighboring country. Later, with the help of four wickets from Anil Kumble, Team India managed to win that match by 48 runs.

Rohit Sharma (140 runs): In the match against Pakistan in the World Cup 2019, opener Rohit Sharma’s explosion was seen. Rohit played a stormy innings of 140 runs in just 113 balls, which included 14 fours and three sixes. Thanks to Rohit’s charismatic innings, India had scored a mammoth score of 336 runs for five wickets. In reply, only 212 runs could be scored in 40 overs for six wickets. India won that match by 89 runs under the Duckworth and Lewis rule.

Ajay Jadeja (45 runs): In the 1996 World Cup, Ajay Jadeja scored 45 runs in 25 balls against Pakistan in the quarterfinal match. During this, Ajay Jadeja showed him the stars during the day by scoring 22 runs in Waqar Younis’s over. Jadeja’s innings was short but it is counted among the best innings played by an Indian batsman against Pakistan. Thanks to that innings of Jadeja, the Indian team had scored 287 runs. In reply, the Pakistani team could only score 248 runs for nine wickets and had to face defeat by 39 runs.

Sachin Tendulkar (98 runs): Sachin Tendulkar played one of the best innings of his ODI career against Pakistan at Centurion in 2003 World Cup. Chasing 274 runs in that match, there was a lot of pressure on India. Also Pakistan had a world class bowling attack in that World Cup. But Sachin Tendulkar came out to bat with determination and he started attacking the Pakistani fast bowling attack from the very first ball. Sachin scored 98 runs in just 75 balls, which included 12 fours and a famous sixer on Shoaib Akhtar’s ball. Thanks to Sachin’s innings, India was successful in winning that match.

Virat Kohli (183 runs): Virat Kohli played the best innings of his ODI career against Pakistan in the Asia Cup 2012. Batting first in that match, Pakistan scored a mammoth score of 329 runs for six wickets. Pakistani openers Mohammad Hafeez (105) and Nasir Jamshed (112) scored brilliant centuries. In reply, the Indian team managed to win the match by six wickets. Virat Kohli played a brilliant innings of 183 runs in 148 balls. His memorable innings included 22 fours and a six.

Dussehra 2022: Every time Ravana is mentioned on Vijayadashami. The first image in the mind of the audience comes in the mind of Ramayana's...
Read more
Sports